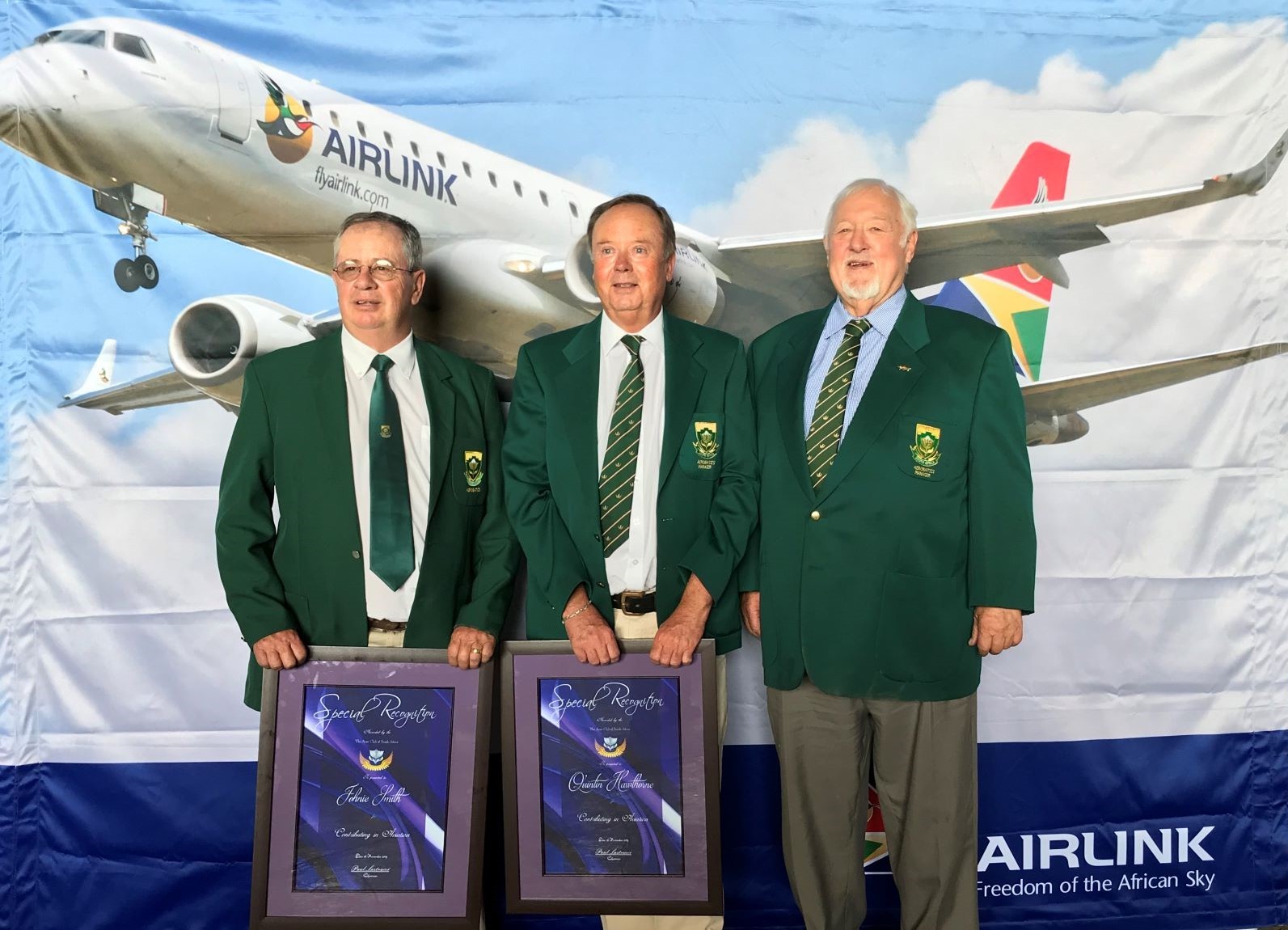 Two SAC judges were honoured at the 2019 Aero Club Awards function held at Rand Airport. Quintin Hawthorne and Johnie Smith both received Special Recognition awards for their achievements at World Championship events during 2019 where each was ranked first at the World Aerobatic Championships (WAC) held in France, and the World Intermediate Aerobatic Championships (WIAC) held in the Czech Republic, respectively. Judges are assessed and ranked according to their ability to correctly apply the requisite judging criteria and to correctly rank the pilots overall placing.